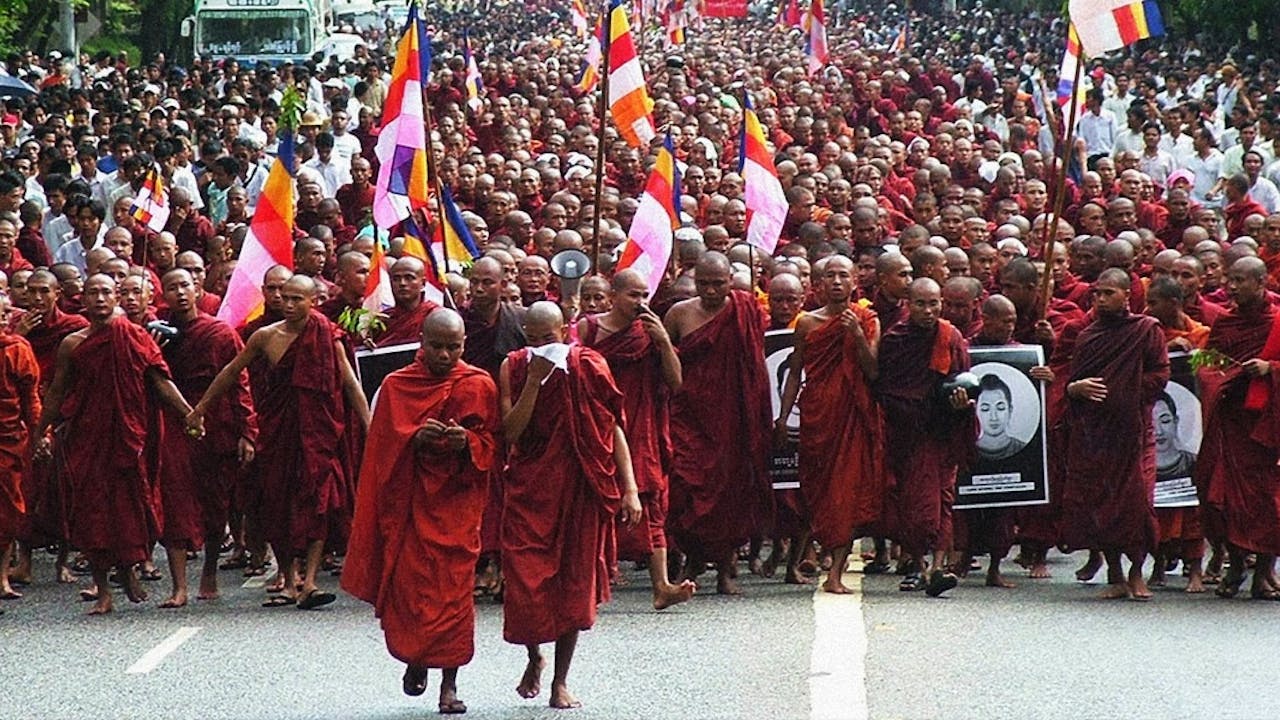 In BURMA VJ: REPORTING FROM A CLOSED COUNTRY, acclaimed filmmaker Anders Østergaard combines original footage recorded by undercover video journalists from the Democratic Voice of Burma (DVB) with controversial dramatic reconstruction of demonstrations, from the emergence of the protests in 2007 through the 2008 Saffron Revolution.

In this riveting film, material shot in the streets of Rangoon is smuggled out of the country through Thailand, and broadcast back into Burma via satellite. "Joshua", age 27, is one of the young video journalists, who works undercover to counter the propaganda of the military regime. Joshua is suddenly thrown into the role as tactical leader of his group of reporters, when the monks lead a massive but peaceful uprising against the military regime. After decades of oblivion – Burma returns to the world stage, but at the same time foreign TV crews are banned from entering the country, so it is left to Joshua and his crew to document the events and establish a lifeline to the surrounding world.