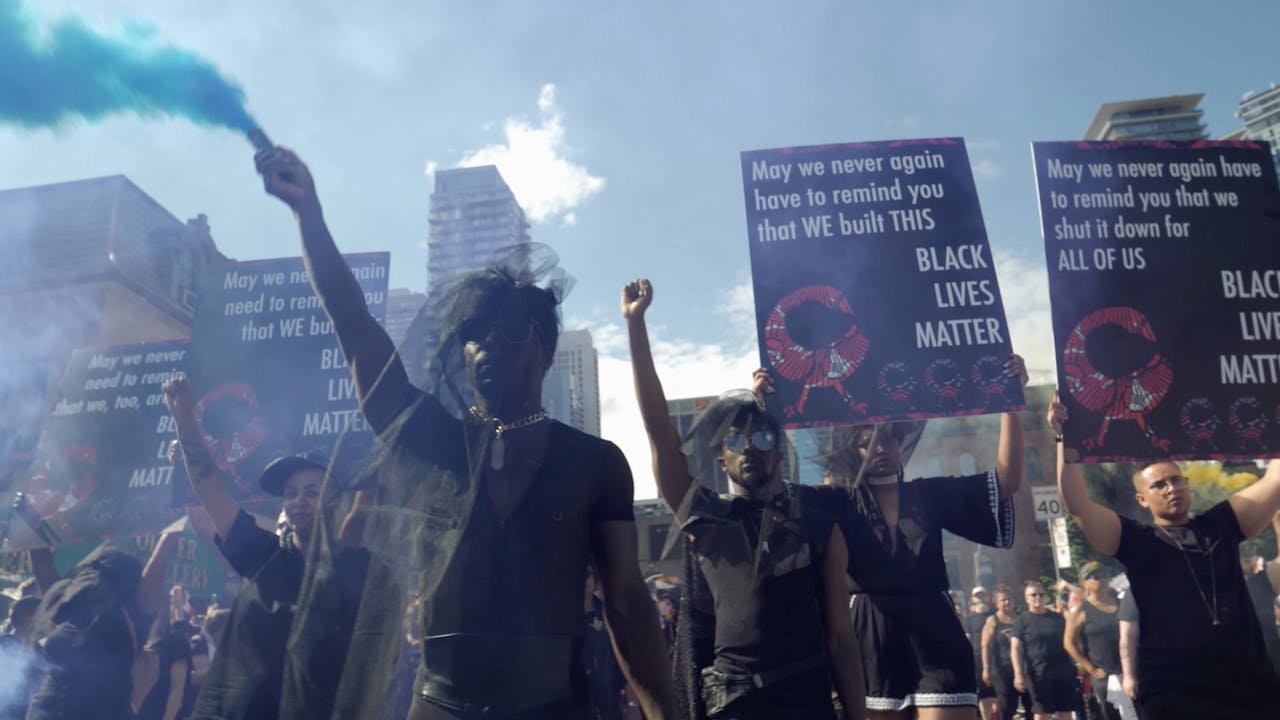 Our Dance of Revolution + Bonus Scenes

“We are people of revolution. We’re here because others have rebelled. Because others have stood in solid resistance!” Listening to Angela, a Black lesbian feminist who is rousing a crowd, we understand that, no, this particular revolution wasn’t televised. Rather, from out of the shadows, it was hugged, chanted, marched, and danced into existence. OUR DANCE OF REVOLUTION tells the story of how Black queer folks in Toronto faced every adversity, from invisibility to police brutality, and rose up to become a vibrant, triple-snap-fierce community. Capturing first-person accounts across a span of four decades, this feature-length documentary is more than a previously untold oral history, more than a reclamation of unsung people and events. OUR DANCE OF REVOLUTION is a human-scale reckoning of how audacious individuals find themselves by finding others, and how they muster the courage, tenacity, and creativity to prevail against the forces of marginalization.

>> Included in this exclusive offer are four extra scenes about AYA, GLAD, Pelau MasQUEERade and the House of Monroe, important groups in the rich history of Toronto’s Black queer community!

“Our Dance Of Revolution’s look at the staunch group of rebels and activists in the Canadian Black queer community... will be a revelation for many." -- Chaka V. Grier, NOW Magazine

“A poignant and deeply researched documentary about reclaiming power in Toronto’s LGBTQ community. By focusing on the work of Black queer activists towards equality, the film tells a critical story of the ongoing battle for racial justice within the LGBTQ movement –– and Canada at large.” -- NewFest Documentary Feature Jury

PLEASE NOTE that these programs are for private home-viewing only. For groups and institutions: Cinema Politica is the Canadian distributor of OUR DANCE OF REVOLUTION. Please contact [email protected] to book a screening.