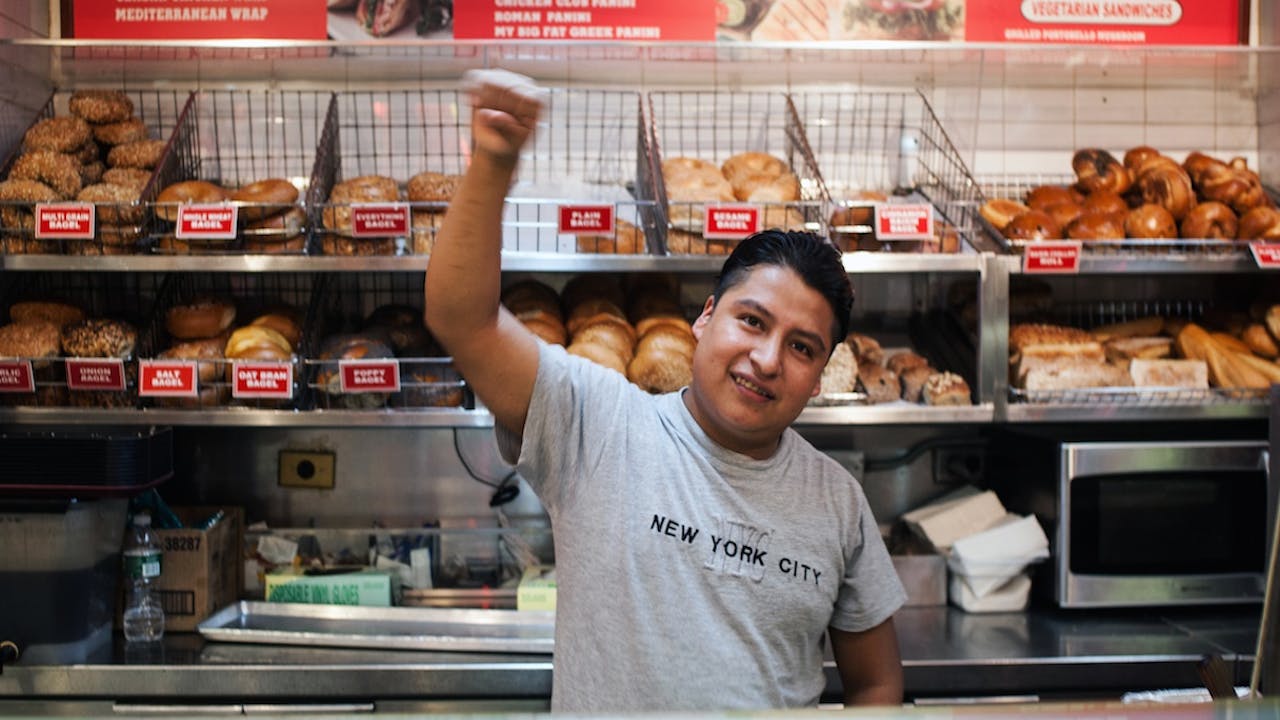 The Hand that Feeds

In THE HAND THAT FEEDS, shy sandwich-maker Mahoma Lopez unites a group of undocumented immigrant co-workers to fight the abusive conditions at a popular New York restaurant chain. The epic power struggle that ensues turns a single city-block into a battlefield in America’s new wage wars.