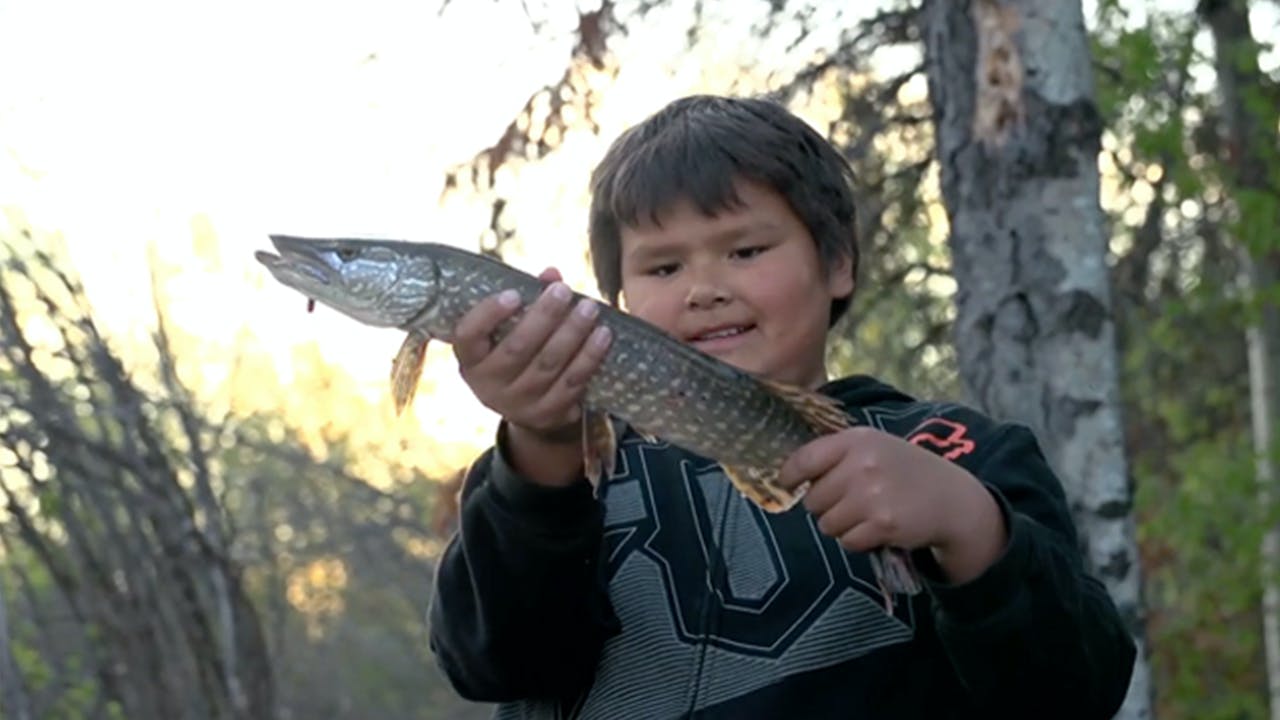 A Right to Eat

With a jug of milk ringing in at over $14 in some of Northern Manitoba's lowest income communities, it’s not difficult to imagine how grocery bills can account for up to 80% of the household budget or why diabetes rates have hit 50% in some regions. Local studies have shown that food insecurity rates in Northern Manitoba are coming in between 70% and 80%, approximately eight times the national average. Poor diets and restricted access to fresh, healthy foods are having a devastating impact on people's mental and physical health.

A RIGHT TO EAT follows two families in Northern Manitoba in their fight to put healthy food on the table, as their communities re-ignite hereditary skills for raising their own food, fishing and hunting. This essential film offers a sobering look at the frightening realities of food insecurity faced by two of the most isolated northern First Nation communities in Canada—Cross Lake and Barren Lands—and their courageous battle against hunger, disease and dependency.