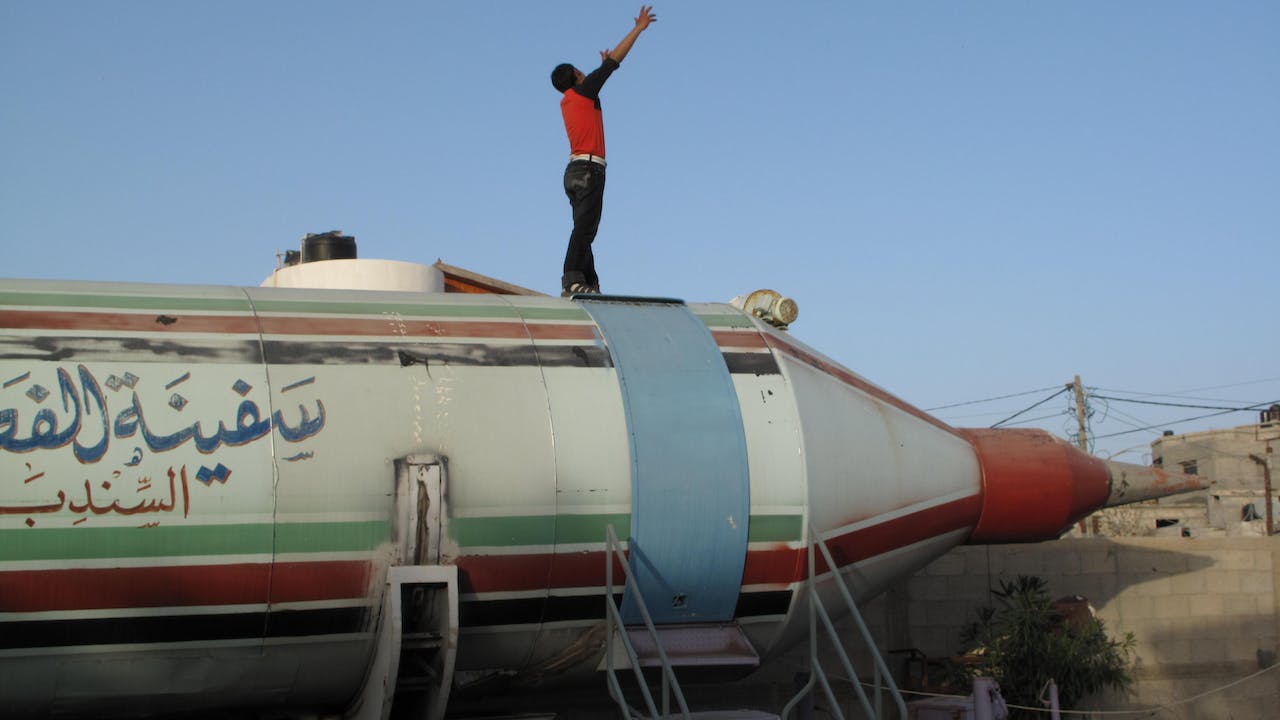 Shot a few weeks after the end of Israel’s January 2009 offensive, this sensitively crafted doc captures the human suffering and devastation wrought on Gaza’s Palestinian residents as they struggle daily to survive. “Where is the ghost town?” asks the little boy to the theme park attendant. “It's there, right there. But it has been bombed. Do you want to see it?” With these words, Aisheen begins. The film is a compelling, impressionistic journey through a devastated Gaza after the war.

And the ghost town? Gaza is the ghost town. Clowns trying to make children forget the bombing with balloons and make-up; a beached whale “as big as a building” picked clean in a matter of hours by hungry residents; a scrawny stuffed lion hanging limply in a zoo cage—these surreal scenes convey the absurdity of a nation living on the brink, seemingly forever.