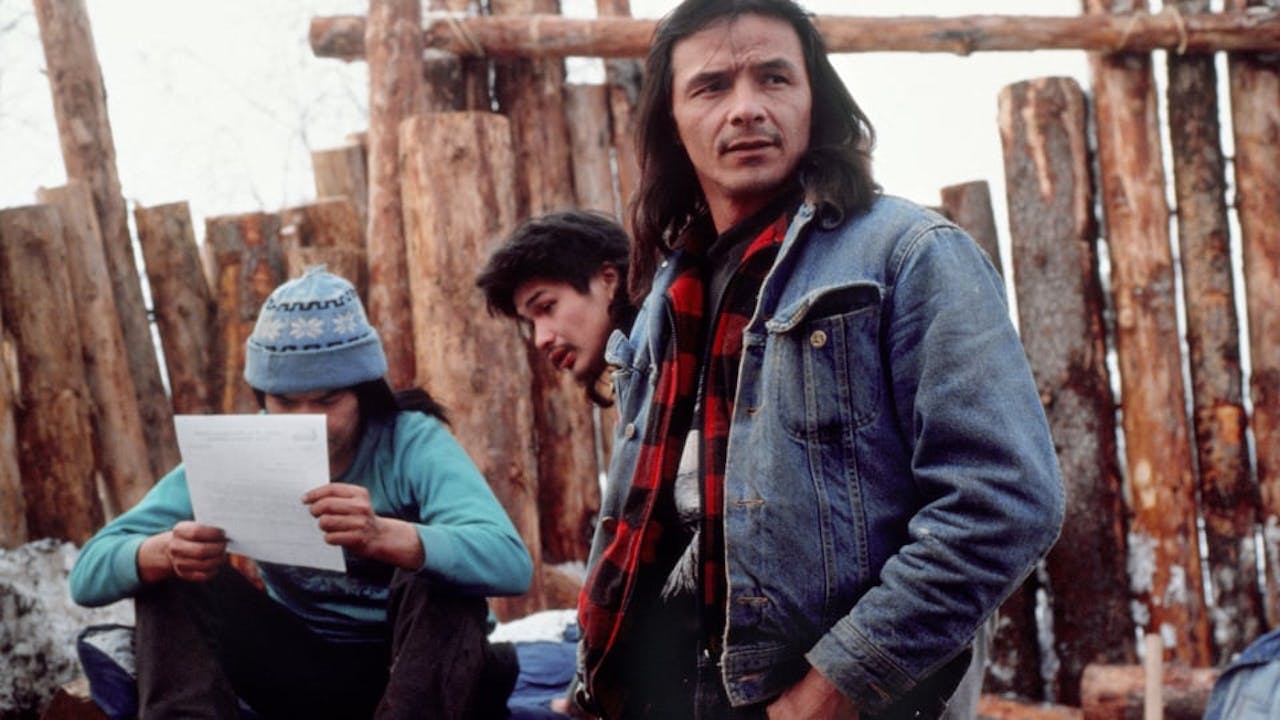 A 22,000 square mile tract of land in northern British Columbia is the site of an explosive set of competing ownership claims. In 1984, the Gitxsan people launched a land claim for the entire area, claiming it as unceded Indigenous territory. But since the 1880s, white settlers known to the Gitxsan as the "visitors who never left", have occupied land there, and their logging operations now maintain several small towns. Tensions rise as the land claim proceeds. The government acts illegally, selling disputed land as private property to new white settlers and depriving the Gitxsan of traditional fishing sites.

Documenting the daily details of the escalating confrontation for 15 months, acclaimed filmmaker Nettie Wild has framed it as a struggle for environmental preservation, as well as a battle between two histories: the oral history of traditional land use by the Gitxsan, and the legal history of private property and ownership. When the B.C. courts finally reject the historical Gitxsan claim as unreliable, the battle between histories boils over.