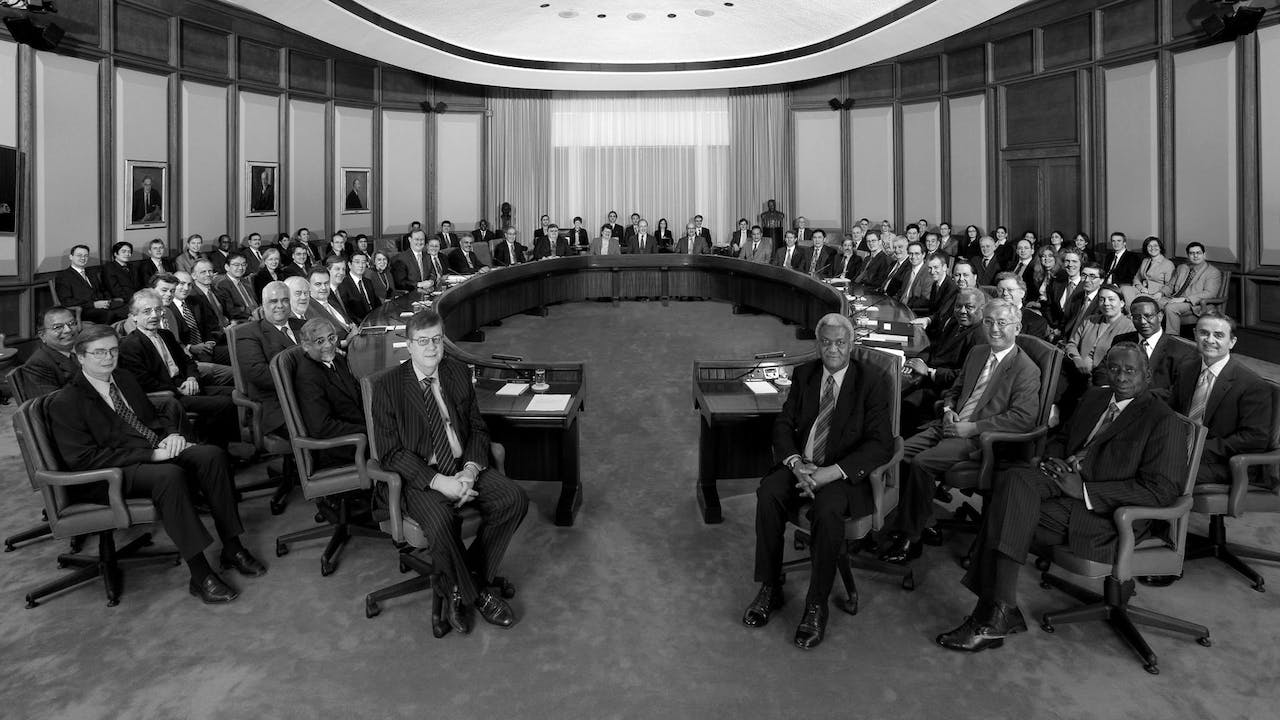 Drawing upon the thinking and analyses of internationally renowned intellectuals, this documentary sketches a portrait of neoliberal ideology and examines the various mechanisms used to impose its dictates throughout the world. The one-size-fits-all dogmas of neoliberalism are well known: deregulation, reducing the role of the State, privatization, limiting inflation rather than unemployment. In other words, depoliticizing the economy and putting it into the hands of the financial class.

These dogmas are gradually settling into our consciousness because they’re being broadcast across a vast and pervasive network of propaganda. Beginning with the founding in 1947 of the Mont Pèlerin Society, neoliberal think tanks financed by multinational companies and big capital have propagated neoliberal ideas in universities, in the media, and in governments. Convinced of its historical and scientific validity—particularly in the fall of the Soviet Union—this ideology has intoxicated all governments, left and right alike, with the rate of neoliberal reforms dramatically increasing since the Cold War.

Often imposed with force—either through the structural adjustment plans of the International Monetary Fund (IMF) and the World Bank, under the pressure of financial markets and multinationals, or even by outright war—the neoliberal doctrine has now reached every corner of the planet. But what is really going on behind the ideological smokescreen, behind the neat concepts of natural order and the harmony of interests in a free market, beyond the panacea of the "invisible hand"?