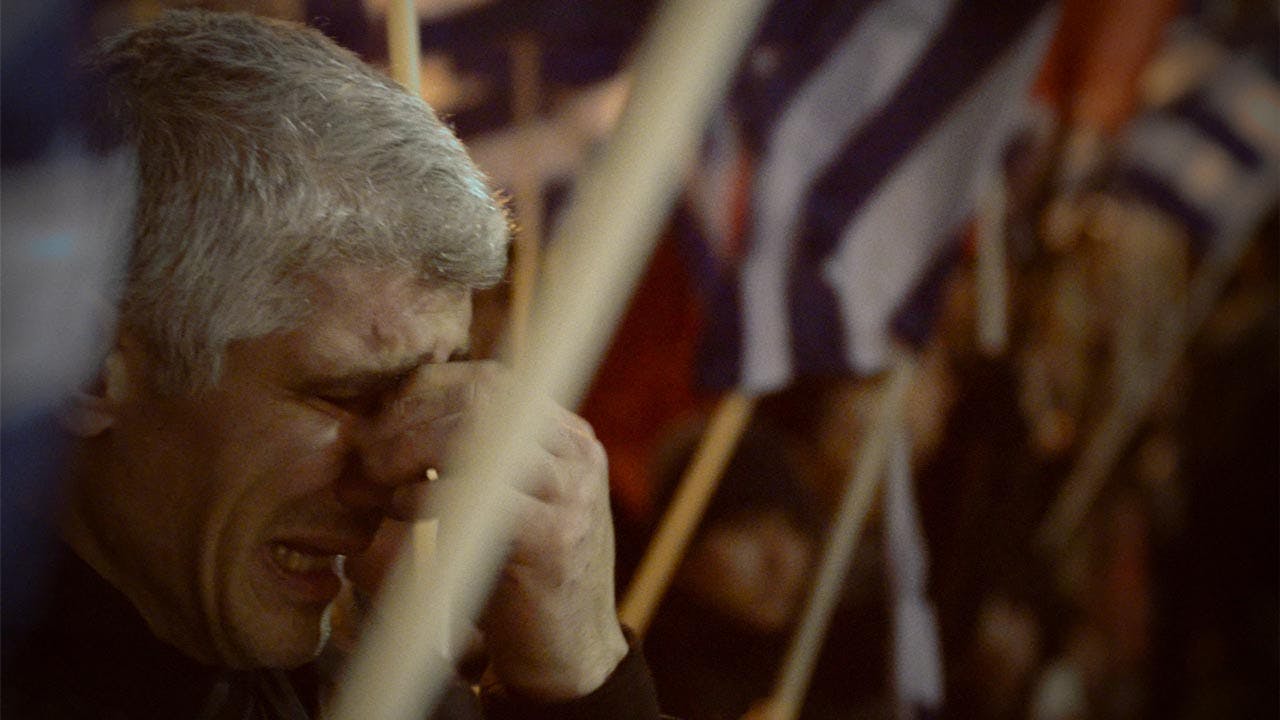 Journalist Angélique Kourounis has been delving for years into the organization of the Greek neo-Nazi party known as Golden Dawn. Members of this fascist organization have organized rallies, intimidated and beaten journalists, and committed violence against Muslims, Jews, and the LGBTQ+ communities with little recourse from Greek police and authorities. That is, until the landmark decision in 2020 that sentenced the group's leaders to prison, and found the Golden Dawn to be a criminal organization—not the democratically elected party they posed as.

The financial collapse in Greece, political instability and family relations are placed into the spotlight as GOLDEN DAWN: A PERSONAL AFFAIR attempts to uncover what’s in the head of members of the Golden Dawn, who pose as victims of the system.