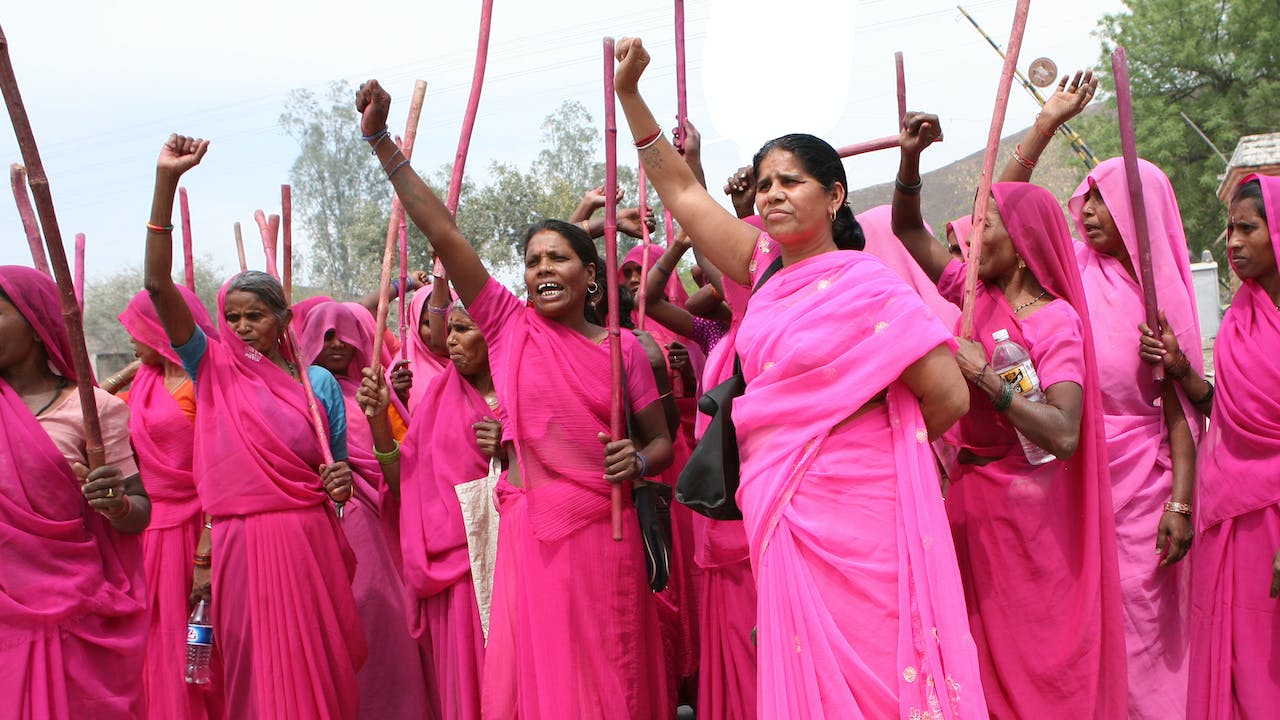 Nishtha Jain's fierce documentary follows the true story of activist Sampat Pal and the legendary women's vigilante group known as the Gulabi Gang. Never without a healthy dose of humour, this is a deeply humane film that is truly inspiring for women of all ages.

Rising up in resistance to femicide in Bundelkhand, Central India, and the discrimination of India's caste system, this roving band of powerful ladies wrests justice for women and Dalits, undeterred by sneering policemen and condescending bureaucrats. From armed self-defense training, to confronting offenders and officials in their towns, GULABI GANG shows what it means to build an organic movement, and to unite and fight as a community. With sticks, if necessary.