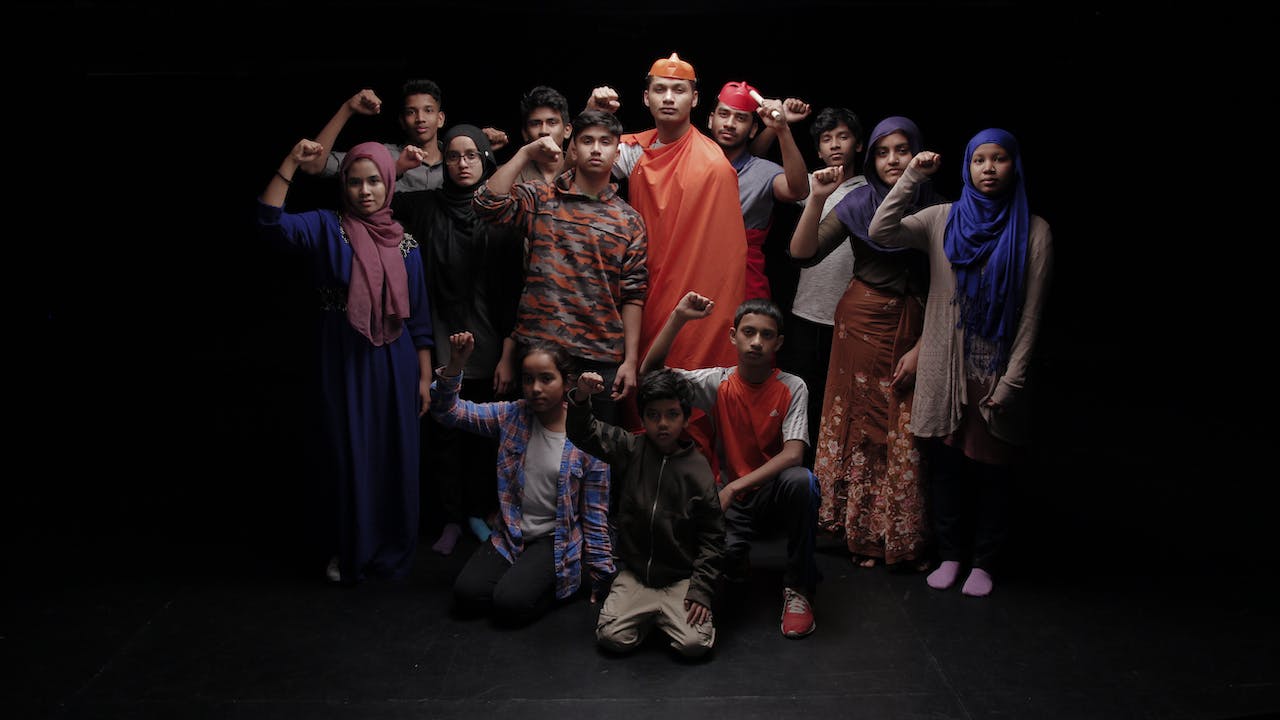 I AM ROHINGYA: A GENOCIDE IN FOUR ACTS chronicles the journey of fourteen refugee youth who take to the stage to re-enact their families' harrowing experiences in Burma and beyond. This story chronicles their journey before, during, and immediately after the escalation of military violence in their native homeland, Rakhine state; their unforgiving escape by foot and by boat to makeshift camps in Bangladesh; and their eventual resettlement in Kitchener-Waterloo, Ontario.

There, the children resolve to raise awareness for a conflict that has increasingly resembled a cruel systematic ethnic cleansing campaign — one of the most egregious and overlooked humanitarian crises in the world. With no prior theatrical experience, the decision to perform the stories of their people — accounts of unimaginable loss and suffering that have tragically come to define the Rohingya Muslim identity — becomes a courageous act of resistance, demonstrating to the world that they will not be erased and they will not be forgotten.

Half of all proceeds from the rental of this video go directly to the artist, and half go to support the work of Cinema Politica. To find out more visit cinemapolitica.org.