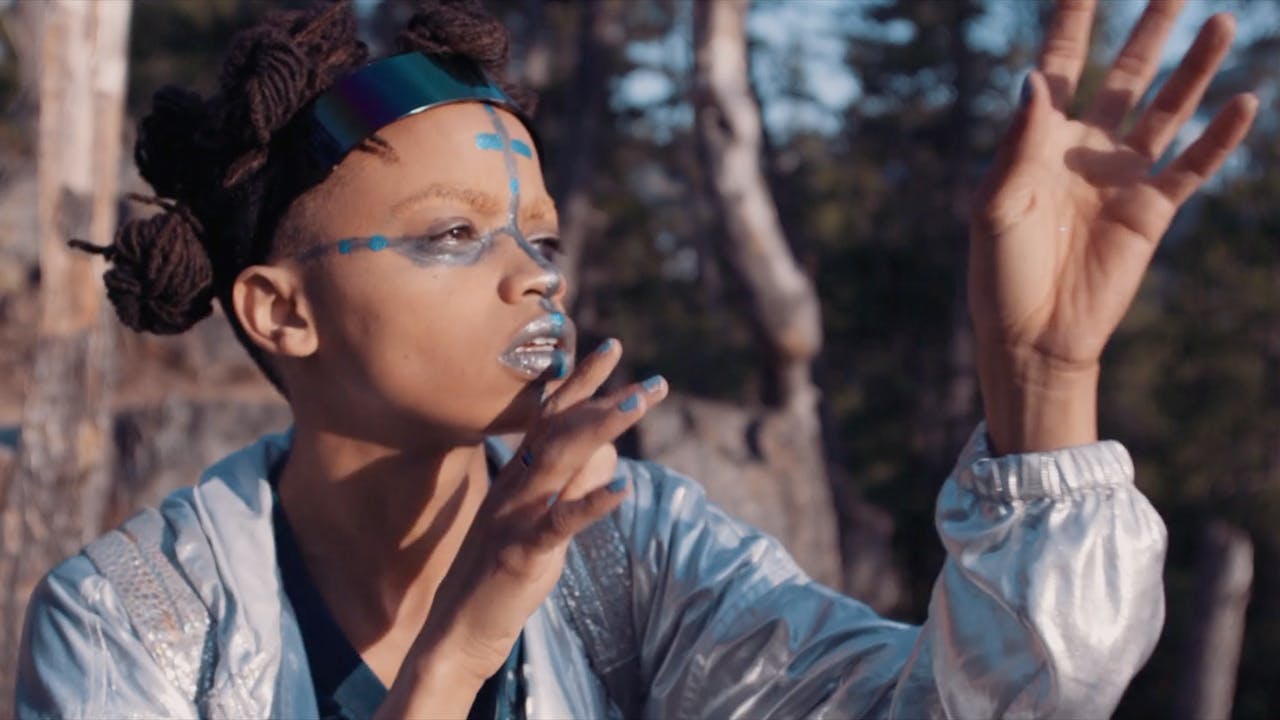 Blending documentary techniques with surrealist and silent filmmaking, LOST ALIEN captures the Afrofuturist cosplay of ZiggZaggerZ the Bastard as a photosensitive black alien stranded on a sunlit planet. Having lost her way from the continuum of cosmic blackness, we watch as she wanders through the planet’s forest, struggling against the debilitating effects of the sun while seeking a means of return to her dark dimension.

By depicting how ZiggZaggerZ uses cosplay to creatively reimagine her own photosensitivity, Lost Alien explores the power of the Afrofuturist imaginary to transform our perceptions of disability and race. Culminating in a series of interventions in public space, ZiggZaggerZ defamiliarises the humanoid form with her cosplay of alien gesture and movement, while the alien ambient soundtrack by s* with music from label IO SOUND likewise unearths the natural environment through its uncanny atmospheres. As we explore the sunlit world through the eyes and ears of a photosensitive black alien, we experience what it means to feel alienated on a white and bright planet.