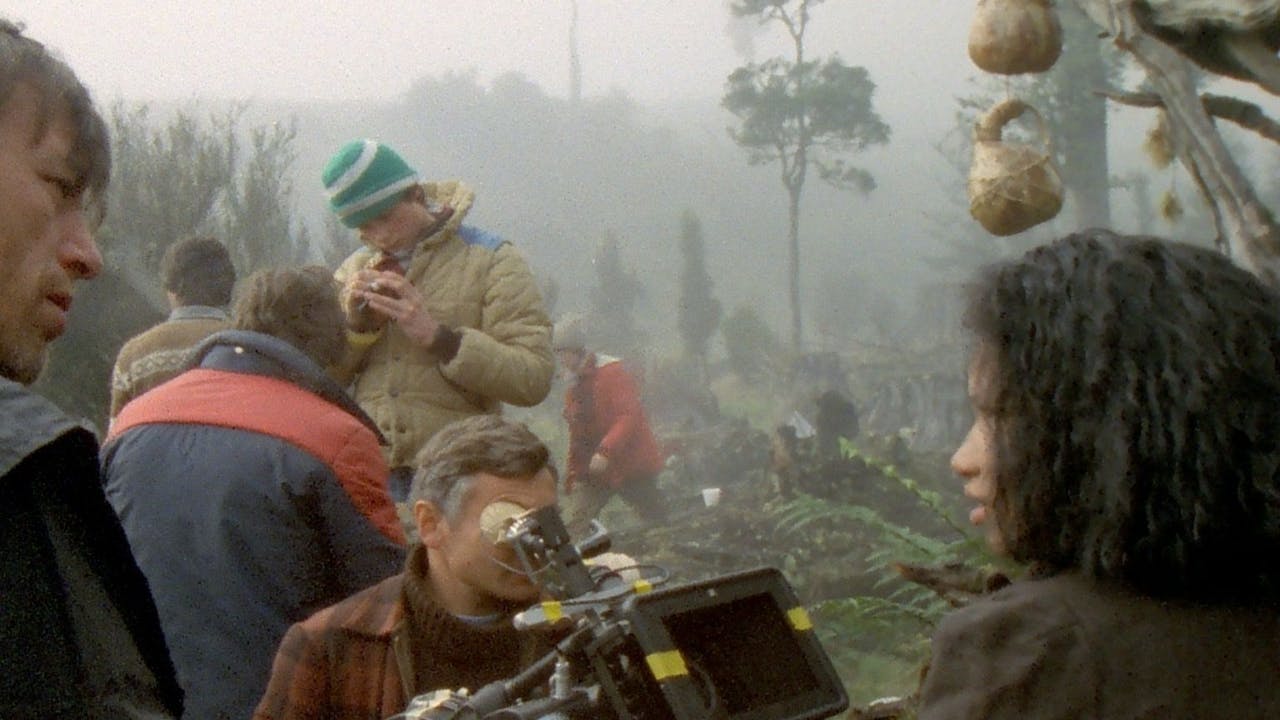 MAKING UTU is a documentary filmed on the set of New Zealand's first epic feature, the 1983 film UTU about the colonial British massacre of a Māori village in the 1870s. Produced on a small budget, this making-of feature examines how to deal respectfully with matters of cultural protocol. “It’s like football innit? You set up the event and cover it…” says Murphy, as he prepares to shoot a battle scene.

MAKING UTU'S insistence on cultural respect is conveyed as trailblazing Māori feminist filmmaker Merata Mita discusses some of the complex issues of inter-cultural conflict in colonial New Zealand, as well as shining a light on the beauty of traditional tattooing known as Tā moko.