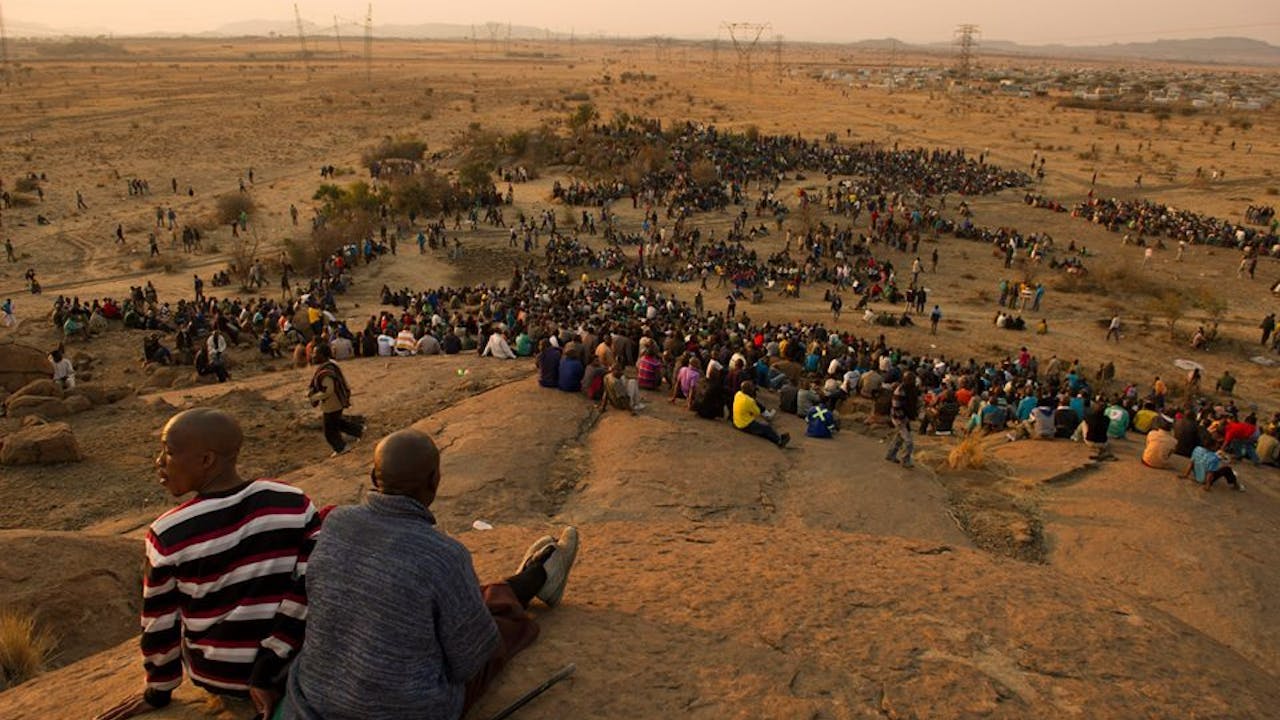 In August 2012, mineworkers in one of South Africa’s biggest platinum mines began a wildcat strike for better wages. Six days later, the police used live ammunition to brutally suppress the strike, killing 34 and injuring many more. The event became known as the Marikana massacre, and was the largest use of lethal force by South African police since 1976.

Using the point of view of the Marikana miners, this film follows the infamous strike from day one, showing the courageous but isolated fight waged by a group of low-paid workers against the combined forces of the mining company Lonmin, the African National Congress (ANC), and their allies in the National Union of Mineworkers. MINERS SHOT DOWN reveals how collusion at the top spiraled into violence and into the country’s first post-apartheid massacre.