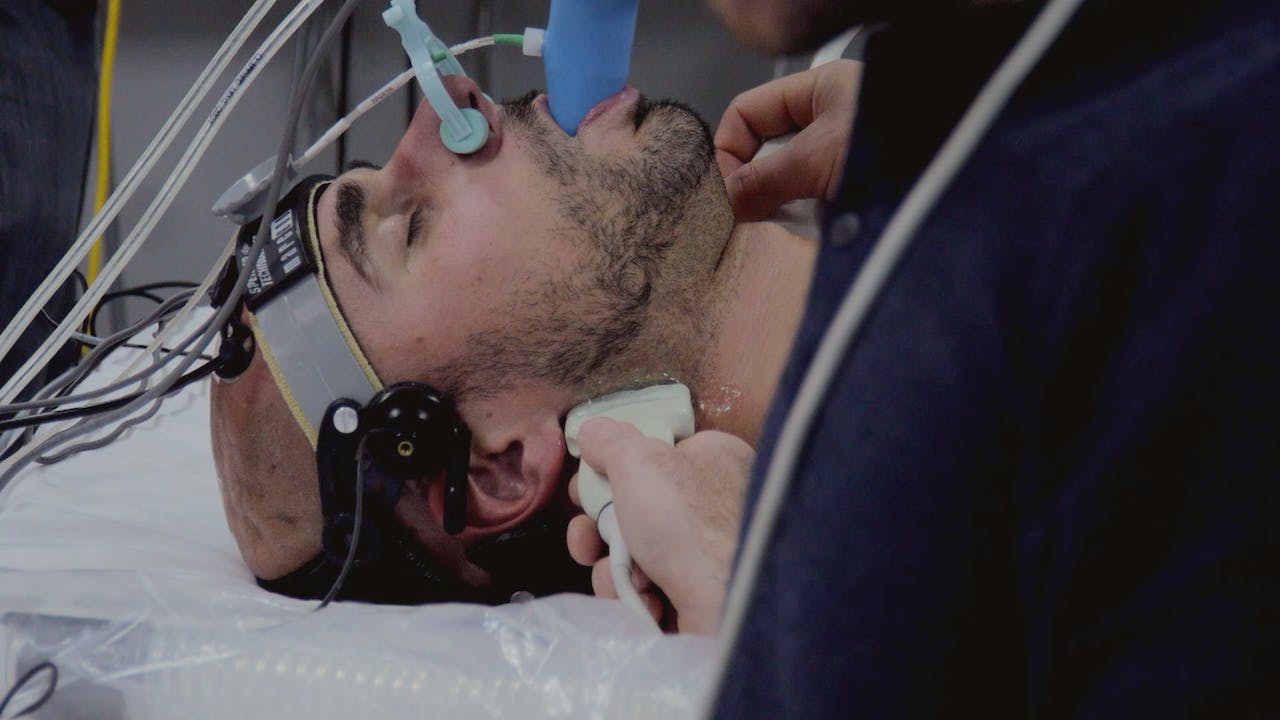 My Life without Air

How much can you fit between two breaths? MY LIFE WITHOUT AIR is a thrilling view of the wondrous world of a man whose most important moments in life take place underwater during one highly controlled breath. Unrelentingly shifting the boundaries of physicality, he persists beyond the possible, believing that upon return to the surface he will once again be the best.

Goran is the world champion in free diving – a man whose life takes place underwater and whose willpower goes beyond his humanity, in order to seemingly find a place for himself in eternity. His journey is paved with silence and concentration required by daily encounters with transience. To remain the best in what he does, every day he challenges his boundaries, risking to cross them and be irreversibly punished. MY LIFE WITHOUT AIR conveys the feeling we have when we take a dive into the blue – the complex mixture of excitement, fear, uncertainty and power accompanied by the buzzing silence.

Breathing is something none of us can escape, breath is what measures our beginning and our end. And it is by controlling something as human as breath that Goran Čolak gained immortality, becoming the world free diving champion. In practice this means that every day he is facing the limits of his physicality trying to move them at least a bit and that way surpass all those who strive for the same. The film paints a wondrous picture of a world where finality is indeed present, not only in Goran’s everyday battles with his own limits, but also in his dreams, where he walks the fine line between life and death.

The film’s title refers to the condition he suffers from, as well, the result of his profession – in his sleep he often unconsciously loses his breath and risks his life. However, nothing can prevent Goran from becoming the best in the world. In a series of long observational shots, the film draws us in the meditative atmosphere provided by the protagonist’s utmost dedication to his goal. He can achieve it only if he dives in and once again proves to himself and the world that he is ready to take it one step further. A curious atmosphere of the decisive dive wraps the entire film into a subdued buzz of silence and an eerie uncertainty of returning to the surface.