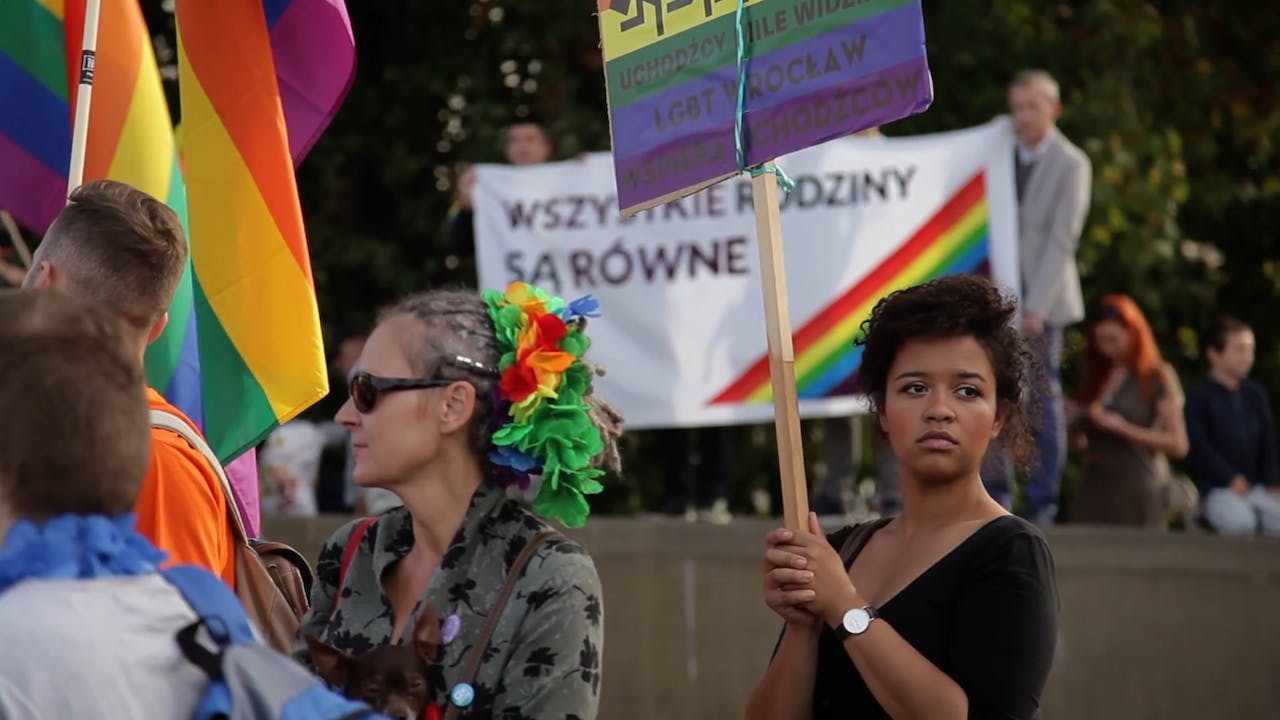 How does it feel to be Black, LGBTQ+ or Muslim in Poland? POLYLAND gives a voice to three strong female characters from different minorities in Poland and explores the nuances of how it feels to be Black, Muslim or LGBTQ+ in the most homogeneous country in an ever more right-leaning Europe.

All three protagonists were born in Poland and currently are citizens of Wroclaw, the biggest city in Western Poland. Ania, Miriam and Elmelda seek to be seen, not as “the other”, but as a part of Polish society. Their efforts involve creating self-help groups, and organizing protests and appearances on local TV. Everything appears to be going towards the right direction, the women believe that a liberal society is just within reach—that is, until the dramatic shift in Polish politics in 2015 shatters their hopes and confidence.