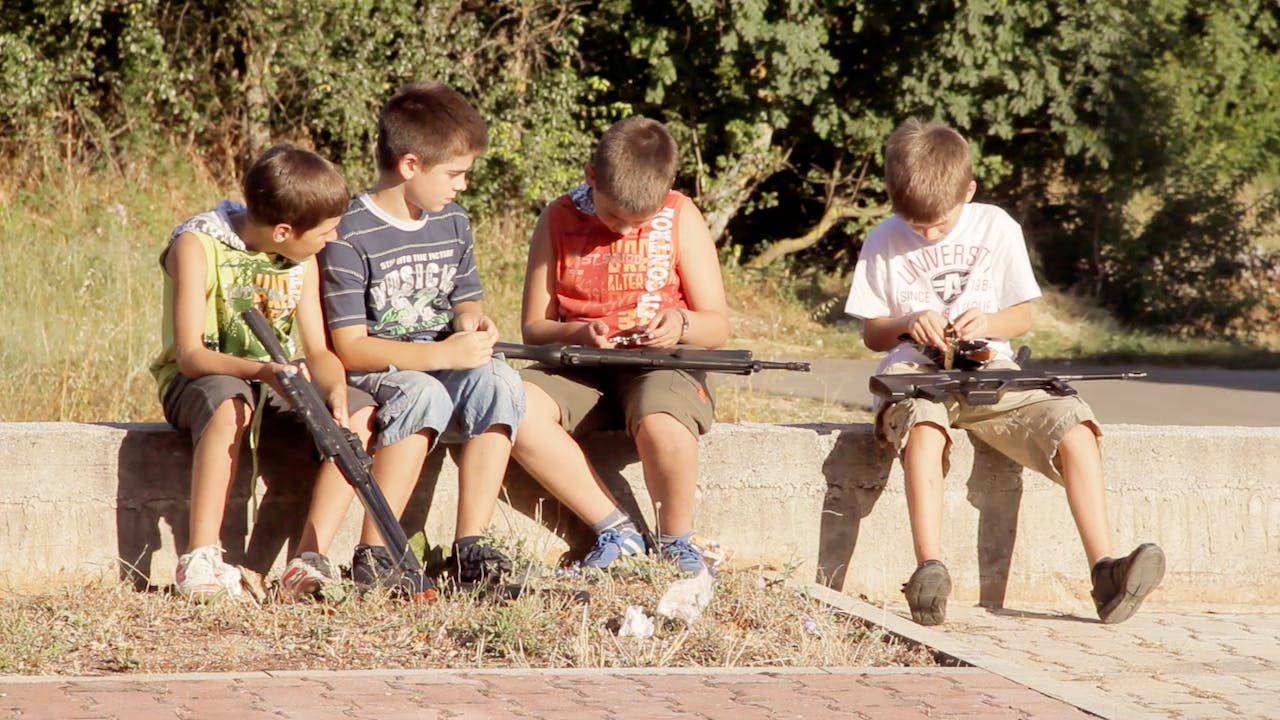 In Balkans every generation has its war. Sons are continuing fights started by their fathers. There are rifles and pistols in every hand. Concentration of arms has reached a critical point. Even the smallest incident would be disastrous to this fragile peace. Watching children playing with toy guns makes you wander: what are we leaving to the next generation?