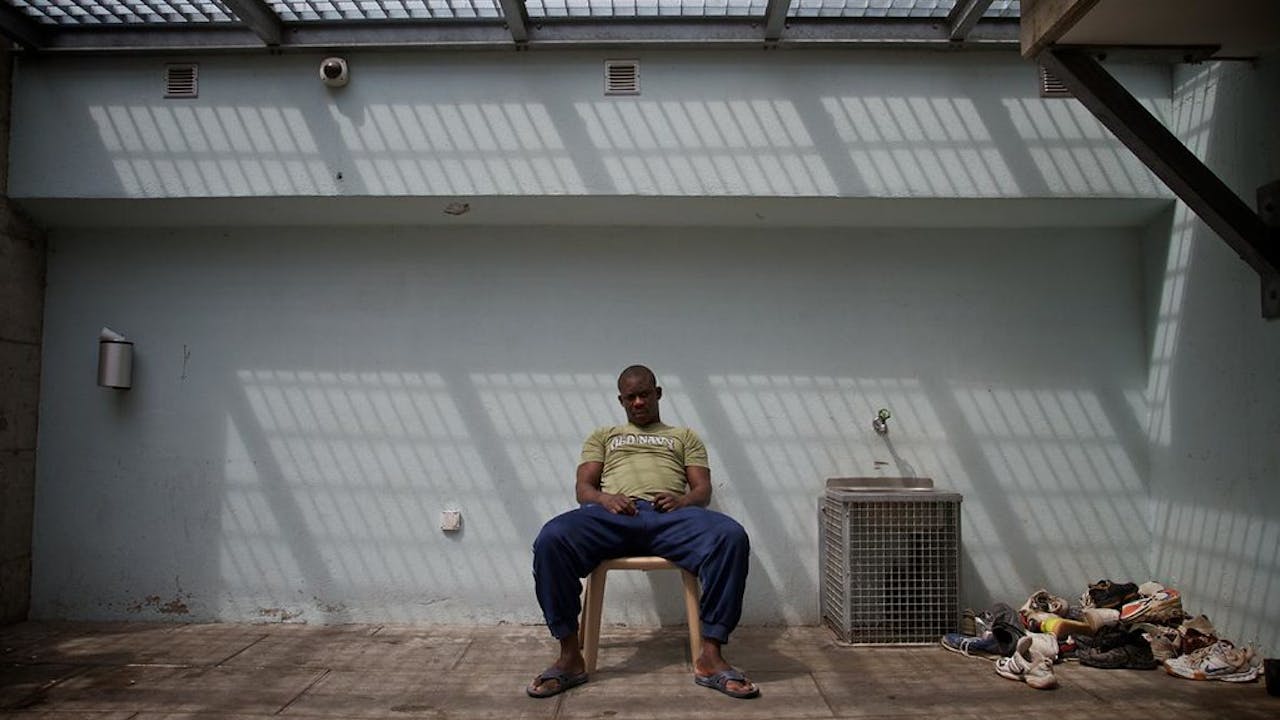 In 1994, the Swiss government approved a law authorizing the detention of all foreigners in an irregular situation until they are expelled. Every year, a purely administrative decision has thousands of men and women imprisoned up to 24 months before their expulsion. Their only crime is to be paperless. Those who refuse to leave voluntarily are bound hand and foot, hooded, put in disposable diapers and forced into a plane.