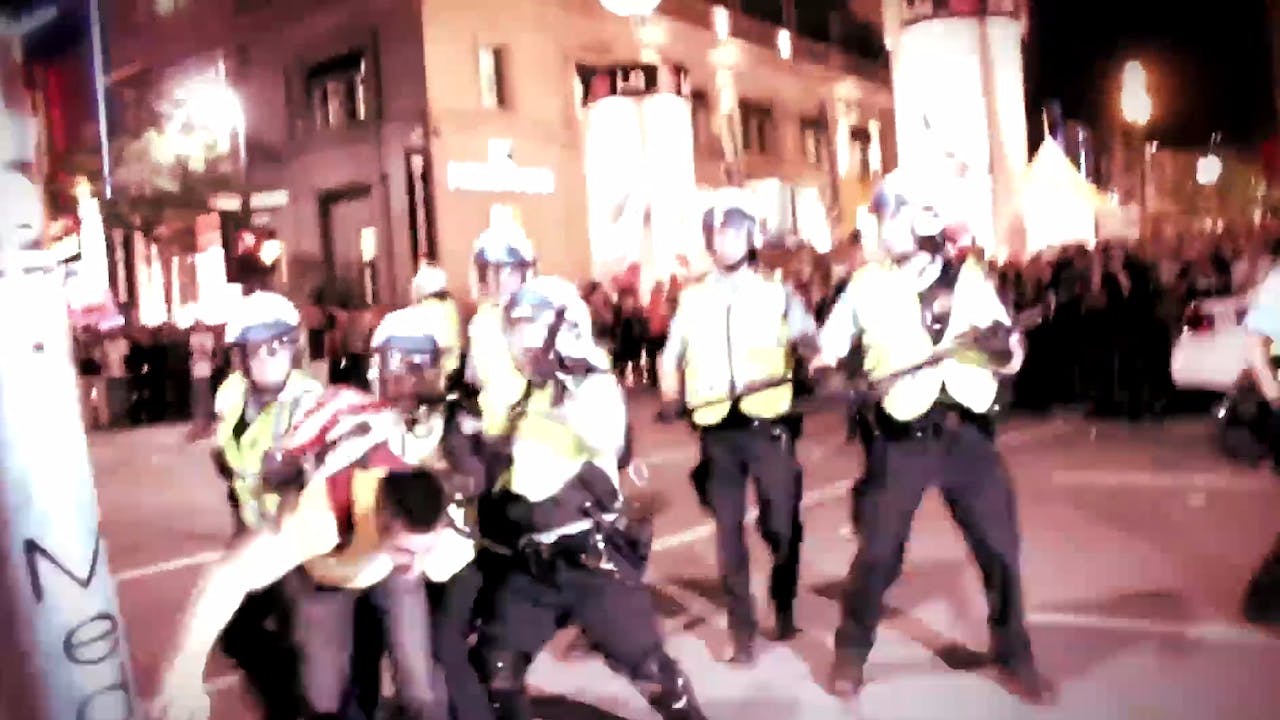 In the spring of 2012, a massive student strike in opposition to a tuition hike rocked the streets of the Montréal for over six months. Protests and militant street actions became part of the daily and nightly reality of this Canadian metropolis. Several times during this tumultuous spring, the numbers in the streets would reach over one hundred thousand. Police routinely clubbed students and their allies, and arrested them by the hundreds. Some were even banned from entering the city. But every time the cops struck, the student movement got bigger and angrier.

STREET POLITICS 101 is a story about how the arrogance of the Québec government underestimated a dedicated group of students who, through long-term organizing, laid the foundation for some of the largest mass demonstrations in Canada’s history. But it is also a story of how a crew of determined anarchists educated a new generation of students in the importance of owning the streets.