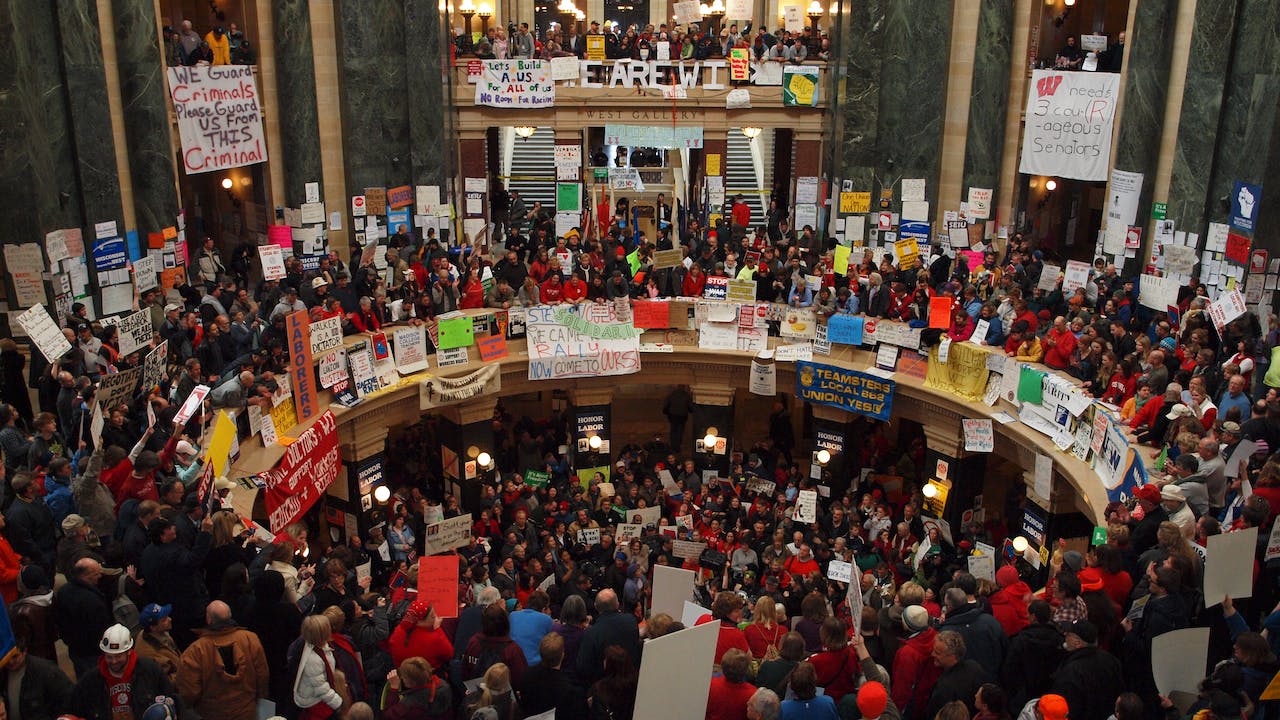 WE ARE WISCONSIN is a feature documentary that follows the day-to-day unfolding of public outcry against Wisconsin Governor Scott Walker’s controversial budget-repair bill, focusing on the human story behind a remarkable popular uprising forged on the floor of the Madison Capitol in 2011. The film asks the question "Why should we care about what's going on in Wisconsin?" on multiple levels, through an in-depth profile of six leading individuals central to the story: a UW-Madison student leader, a state-employee social worker, a nurse, a high school teacher, a police officer and an unemployed electrician who come out to protest what they saw as a direct attack on their livelihood.

The film also amplifies why Wisconsin has become ground zero for so many disparate groups, awakening a sleeping giant of collective voices, alarmed and angry at the new Corporate-funded, hyper-conservative wave of local government sweeping the country. The Wisconsin spirit of peaceful resistance spread powerfully in waves from the Capitol Rotunda to the streets outside and beyond, winning hearts and minds and sparking what is now known as the Occupy Movement, led by the 99%.