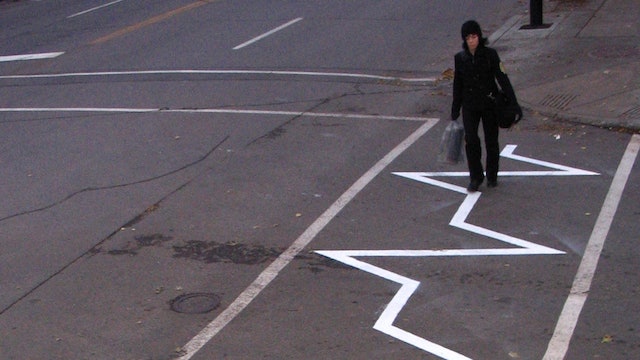 Over a period of three years, the stencil artist Peter Gibson, aka Roadsworth, made his mark on Montreal in the early hours of the morning by launching a self-described "attack on the streets." Armed with spray paint and handmade stencils, he began to play with the language of the streets, overlaying city asphalt markings with his own images: a crosswalk became a giant boot print, vines choked up traffic dividers, and electrical plugs filled parking spots. Each piece begged the question, Who owns public space? Roadsworth: Crossing the Line details the artist's prosecution at home and his travels abroad to France, London and Amsterdam, as he imprints himself legitimately (and illegitimately) on foreign streets. The film reflects Roadsworth's personal struggle to defend his work, define himself as an artist and address difficult questions about art and freedom of expression. With Roadsworth: Crossing the Line, filmmaker Alan Kohl provides a portrait of an artist who provokes debate about the significance of art in urban spaces. 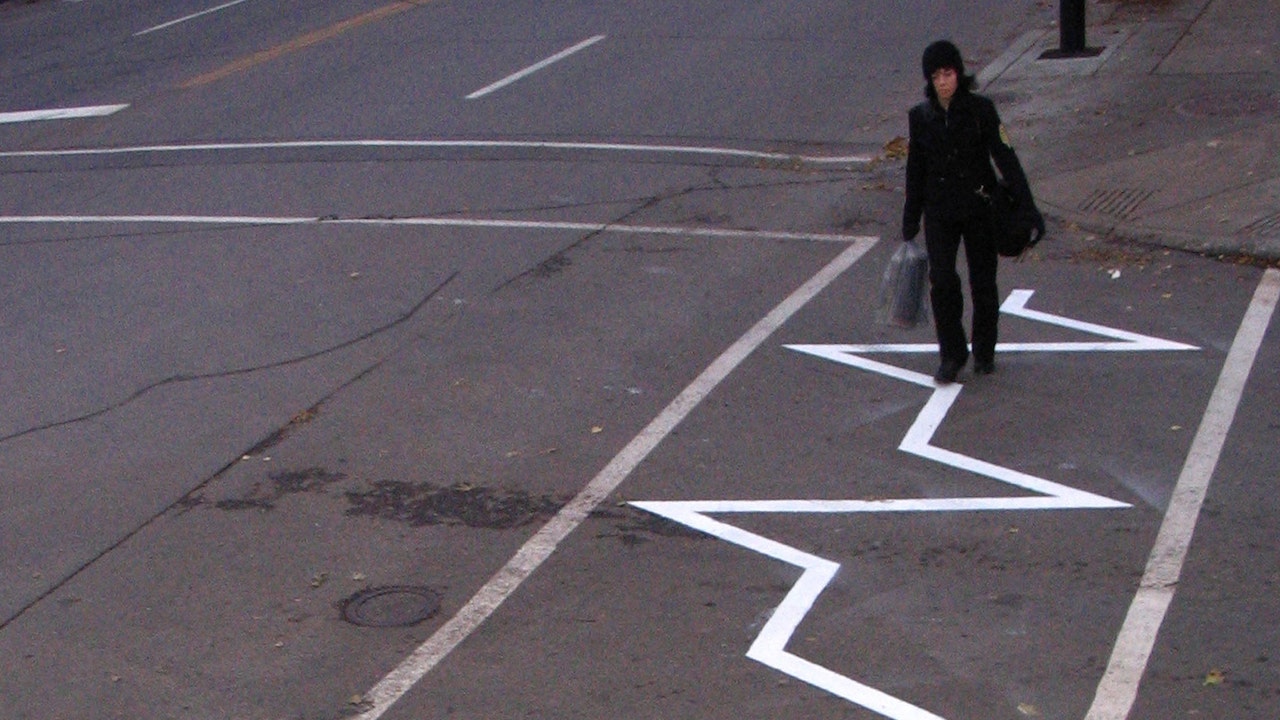