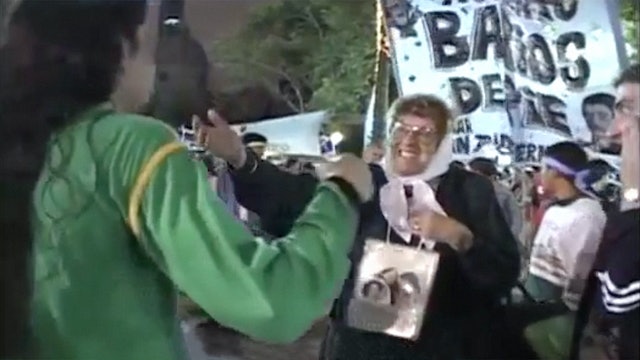 The Art of Resistance

Argentina’s troubled history, culminating in the major crisis of 2001, has seen the rise of a wave of original artistic and cultural expression. This documentary introduces us to several creators and artist collectives who use artistic expression as a means to deliver powerful social statements, explore unbridled creativity, and participate actively in constructing a new reality. The Art of Resistance is an inventive treatment of these artists’ responses to the critical situations they are living. Born in a climate of urgency, their creativity is without boundaries, their strategies constantly renewed. The 85-year-old visual artist León Ferrari launches a vigorous national debate by denouncing the Catholic Church’s dark underside, factories open their doors to artists who conceive performances among the workers, patients at a psychiatric asylum join together to form an artistic front and charismatic actor Julio Arrieta makes a movie about the extraterrestrial invasion of his shantytown.