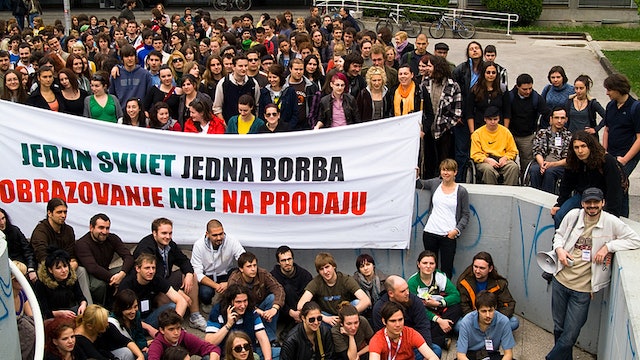 THE BLOCKADE is a unique view from within on the most massive, longest, and politically most significant student protest in the country, since 1971, that started in April of 2009 at the Faculty of humanities and Social Sciences in Zagreb. The struggle against the commercialization of education and the blockade of teaching classes lasted for 34 days. The rebellion spread onto more than 20 faculties across the country and the students became an active and relevant political subject. The director followed everything: from the exhilarating preparation meetings and blocking of classes to the first signs of exhaustion, through personal situations and discussions late at night, from the initial support of most faculty members to the moment they turned their back to the movement and the attempt to reach the missing minister of education. This film shows that the blockade was not just physical and that it has a much broader meaning. 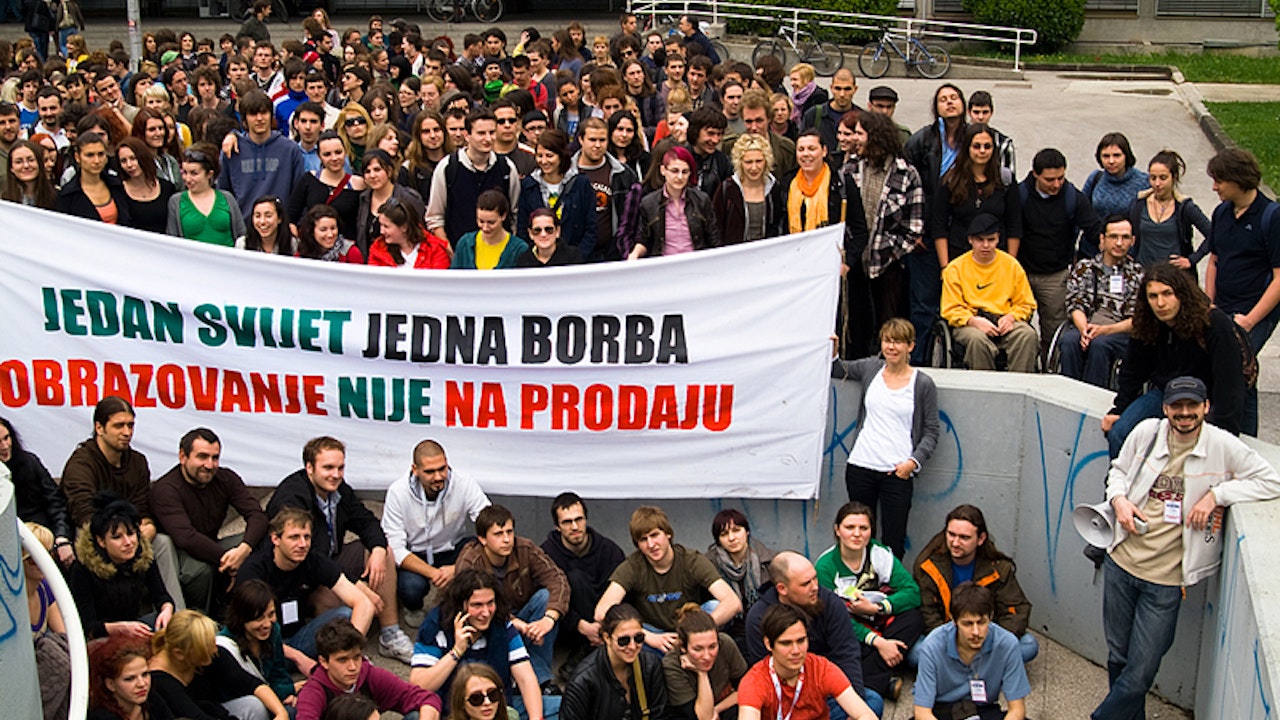