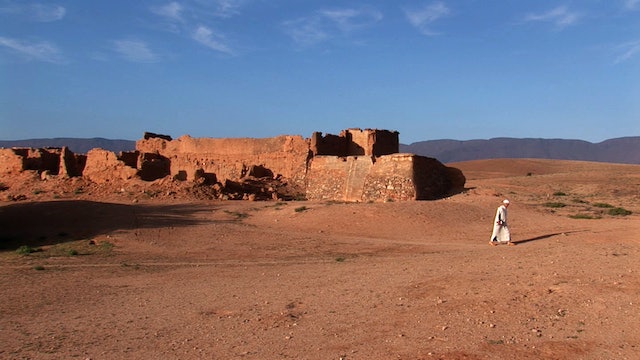 They Were Promised the Sea

A lyrical, musical, polemical road movie, this film is an intimate journey shot in Morocco, Israel-Palestine, and New York. Kathy Wazana's research into her family origins in Morocco unleashed a complex web of questions about dual identity, political opportunism, and the challenges faced by those torn between Homeland and Promised Land. Wazana gives us unique access to a cast of characters that includes a Jewish advisor to the King of Morocco, the director of the only Jewish museum in the Arab world, a Muslim-Moroccan musician/jeweller who longs for the return of his Jewish friends from Israel, and a Moroccan-Israeli living in exile in New York, whose poetry is dedicated to Palestinian national poet Mahmoud Darwish. // Kathy Wazana, Canada - United States - Morocco - Israel, 2013, 74' //